Reopening of classes 2021
We will resume classes for under 18's from 12th April according to government guidelines, and for adults from 17th May.
Lockdown Closure 2021
Currently closed due to National restrictions. We will reopen as soon as we are allowed. In the meantime all classes are taking place on Zoom

Reopening of classes
2020 Face to face training in Liverpool is restarting from 5th October. We have temporarily moved to SFX College, Woolton Hill Road, L25 6EG on Mondays where we expect to be for at least 10 weeks. Classes are 7pm - 8pm. There is only one class per week at the moment but this will be reviewed over the next few weeks. There is also one remote class per week on Zoom.

20th October 2019
Congratulations to all the Liverpool students who passed their grading yesterday. The standard was high with two students gaining A grade passes. 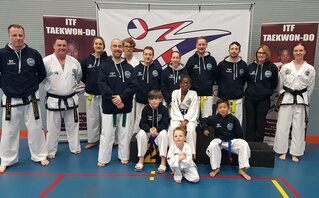 30th June 2019
14 competitors from the Liverpool & Wirral schools took part in the BTF championships in Hereford coming away with 7 Gold medals, 7 Silver and 6 Bronze. A fantastic performance and a great day out! 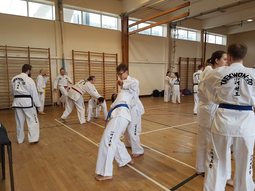 30th September 2018
Liverpool ITF hosted its first Grand Master Seminar, at SFX in Woolton with Grand Master John Taylor of the ITF. The black belts and 1st kups had their seminar in the morning followed by the coloured belts in the afternoon. Students from around the North of England attended, and all those who graded afterwards were successful. 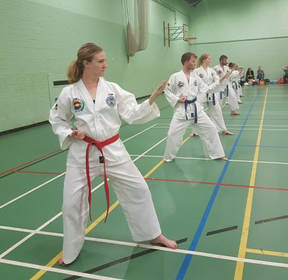 30th July 2018
Congratulations to Sarah O on achieving her black stripes at the grading with Master Miller in Teesside.
24th February 2018
Congratulation to Aaron who won a bronze medal for sparring in the BTF Junior and Veteran Championships
16th December 2017
Well done to those who passed the last grading of 2017 today. The standard was excellent 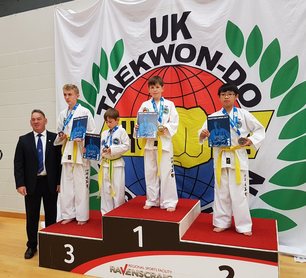 14th October 2017
Fantastic result for the first two members of Liverpool ITF to compete Nationally.
The two yellow belts took 1st & 2nd place in patterns, and 2nd & 3rd in sparring at the Scottish Open!
Setting standards of excellence.
22nd July 2017
Congratulations to those who graded on Saturday at Liverpool ITF's very first grading! :-)